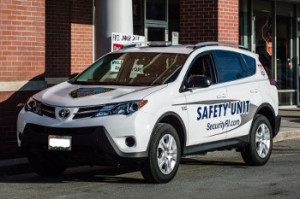 Crime prevention is an extremely difficult task because crime has always been occurring and will continue to occur as long as humans exist.  The best efforts of crime prevention work towards deterring criminal activity.  Law enforcement agencies across the United States are constantly trying to figure out new ways to deter people from committing crimes.  What most people fail to conceive is the effectiveness of a uniformed private security guard and his or her ability to deter criminal activity.

In the United States, there are two private security guards for every one public police and public safety officer.  Security and protective services have been rising at an exponential rate in both the public sector and the private sector over the last decade or so and will most likely continue to rise.  Private security guards are the most efficient and reliable option to deterring crime in a specific area because typically police departments do not have the time, resources, personnel, or jurisdiction to go onto private property simply to ensure the safety and security of that building and its assets.  There is a limit as to what the public is willing to fund to provide safety and protection for, which amplifies the importance of private security guards taking the responsibility of deterring dangerous and criminal activity in a specific location at a cost-effective rate for the client.

The most popular theory in the study of criminology explaining why people commit crimes such as burglary, larceny, robbery, and theft is rational choice theory.  Rational choice theory states that people commit crimes after thinking it over and concluding that the potential benefits of completing the criminal act are worth any potential risk of being caught.  Deterrence is extremely important in this theory and for crimes typically with a motive for obtaining money or products to be converted to money.  The mere presence of a uniformed private security guard, whether he or she is armed or unarmed, can successfully increase the potential risk factor which offenders take into consideration before committing the crime.  Therefore, a uniformed security guard can deter criminals from acting in an area.  Most likely, burglaries leading to larcenies are planned out and the criminal will survey the targeted location.  If the targeted location has a uniformed private security guard, more likely than not the person contemplating committing the wrongdoing will move to another location.  Criminals are aware that private security guards have the local police department and emergency services on speed-dial, further deterring the crime because wrongdoers with a financial motive want to avoid confrontation at all costs, especially if that confrontation could lead to an arrest.