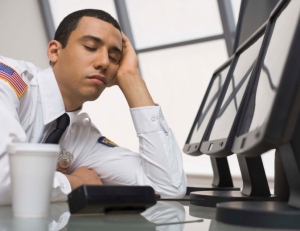 Private security guards are considered peace officers by law.  This means that although private security guards are not able to make arrests, they can, and usually do, confront potentially dangerous and risky situations.  These situations could be suspicious or criminal activity which is displayed on the client’s property.  It is important that these scenarios are properly handled by both the security officer on the ground and the executive management team in the office.  Hiring cheap security services creates a massive safety risk which can put clients’ assets, personnel, and property at risk.  Cheap security is poor security.

Have you ever heard of the phrase, “You get what you pay for.”?  This is usually true with private security services.  Cheap security service companies will more likely than not lead to subpar security operations through a lack of effort.  Raising the security guard’s hourly rate and implementing a promotional ranking system will motivate the security guard to work harder for both the company and the client.  Cheap security companies send the wrong message to the clients, the public, and the guards.  Cheap security is an attempt to maximize profits, when in reality it results in a failure to maintain clients due to poor performance and a lack of effectiveness.

Security guards need to remain motivated in order to provide effective security services.  Cheap security guard companies fail to keep their officers motivated.  This can lead to security personnel sleeping on the job, arriving late to a site, failing to show up for work, and failing to confront situations which are security breaches.  The client may think that they are getting the best deal on private security services.  However, the reality is a scary one which could put the client’s organization at risk at all levels.

Private security officer have one of the most dangerous careers.  With a mortality rate well above average, it is important that the security guards remain aware at all times and also willing to confront potentially dangerous situations which could involve deadly weapons.  Guards working for cheap security companies will unlikely confront a potentially dangerous situation because they are simply, “Not paid enough for that.”  Additionally, cheap security companies may choose to send unarmed guards into unsafe environments where the guard should be armed.  This is all an effort to maximize profits.  In practice, this strategy is highly unethical and puts the security officer at high risk of severe harm.

Private security guards should be trained both in the classroom and in the field before being allowed to work shifts.  The training required should extensively cover a variety of topics, from patrols and access control to emergency protocols and documentations.  Cheap security firms will simply bypass this step in order to conserve money.  This is a selfish act which jeopardizes the safety of the security guard and the protection of the clients’ organizations.  A trusted security guard company invests in their security officers, providing them with the training that they need to be successful.