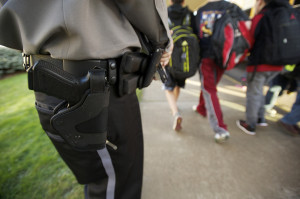 The number one priority in life is protecting it by creating a safe and secure environment.  Unfortunately, the United States of America is one of the most violent countries per capita.  Violent acts are often unpredictable and devastating.  In order to mitigate and prevent acts of violence, many inquire to private security guard companies regarding armed private security services.

Proper and frequent training is a necessity when it comes to handling a firearm.  What good is a certificate to carry a firearm if the security guard has not been practicing shooting?  Even though armed private security guards hope to never need to use the firearm, they must be properly prepared to effectively and efficiently eliminate the threat.  Although training can be expensive, successful private security companies will invest in the training in order to provide the best armed security services possible to their clients.

Proper armed private security training requires a variety of strategies.  Classroom training should be used to instruct the security guards about state laws, local ordinances, liability, and general firearm safety.  Onsite training should be used to familiarize the security guard with the environment which he or she will be providing armed security services for.  The more training, both in the class and onsite, the more safe and secure the jobsite will be.